if you're using the itch.io app, click the 'install' button, or use the link below.

this game was part of A Good Bundle.

thanks so much, tim!

seems audio stuff went weird at some point since the re-upload of the game (color adjustments) to itch – sounds often wouldn't load/play… should be fixed now :>

I didn't play this game immediately after buying A Good Bundle because of what @AlterNate mentioned - it doesn't work via the itch app. I'm so glad I looked into it further, even though it's only short, I found it to be very inspiring!

I loved the bit that makes you look at the top of the screen as if looking up at the sky. I think it effortlessly captures the beauty of a rainy day. I would also say, it could be easier to read with maybe a slightly darker background. All in all, well done on creating something so captivating :)

edit: i've increased the contrast a bit – it should be much better now. :) regarding the itch.io app, seems you have to click 'install' in the sidebar; intentional behavior, apparently, but not one i was familiar with as i don't use the app much. thanks again!

hey! thank you so much – i really appreciate your kind words and you taking the time to comment! i wonder why it doesn't work with the itch app… seems the frame just doesn't appear, and that this is true of my other twine-based games here as well. however, the "mirror" link to play at an external url still works, so perhaps i'll just direct people to click that.

i'll increase the contrast as i also said to @AlterNate below, so hopefully that should make it a bit easier for future players. :)

No worries! I don't usually comment on things, but I was very pleased with this sweet little project :)

You can't play this game via the itch app, you have to go on the games page through your own navigator.

A bit hard to read but very relaxing.

hm, good to know. i wonder why.

i'm glad you enjoyed it. i'll tweak the colors & increase the contrast a bit, i think, to make it easier to read – thanks for the feedback. :) 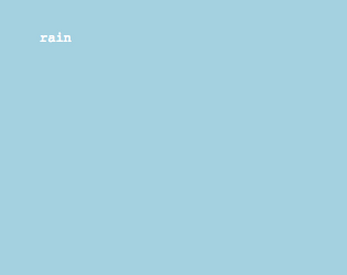