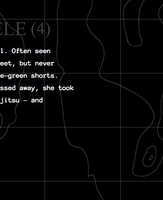 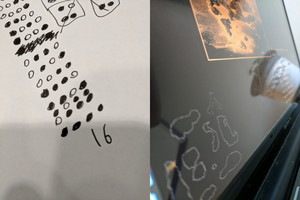 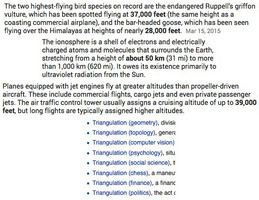 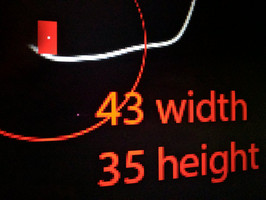 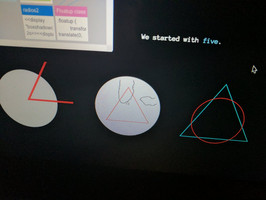 hi! i'm starting a devlog, i guess. itch makes this pretty nice + easy to do so why not. i'm feeling a bit directionless in terms of the direction of the game which i feel needs to change/get more solidified to live up to what i'm imagining it to be in my mind (not that i know exactly what that is, but i certainly do have many ideas i want to explore…) so maybe writing some things down will help.

i had collected various images i'd tweeted out between feburary and august 2017 on storify, but since that service is shutting down in may of 2018, i decided to download + reupload them here.

i started working on the game in october 2016. i worked pretty solidly on the vision of it at the time – something quite free-form, in which i was less sure of the story i wanted to tell and instead more focused on specific interactions i wanted to occur or concepts i wanted to mention, and ways to just do partially-subversive things in twine. so some work on it got done. most of these screenshots are from up between february and april 2017 (all but the last one, which is from around september, preparing a special build for a friend around the time of indiecade).

and then i graduated from college in may, traveled to iceland + japan for 3 months over the summer where i was very busy and had pretty much no time (or drive) to work on the game or other projects, and then in august i moved to a new city and started a new job, which was sort of my excuse for (continuing) not to work on this. honestly i think i was just really not sure of my passion toward the project which had dwindled after a long period of not working on it for multiple reasons. and for that focused passion i apparently had back in april, even now i still am a bit unsure of that, if it still exists in any way, or in the same form as before. both recently + now, i like the game more in concept than in practice/actualization, and have really been feeling that it needs to change a lot, or i need to be inspired by something new, or solidify a story before i work on it more…

right now it's march of 2018. i just got back from gdc where i talked about it to a few people and everyone seemed pretty intrigued by the idea which was cool. and i want to resume work on it. not only because of gdc stuff/being physically immersed in a games-focused environment (which is always pretty nice, at least for brief periods of time)… definitely in part inspired by it (i.e. all the other cool games + people i saw there), but also just because it's time. again, i think it needs some pretty heavy changes, and potentially deleting or reworking huge sections of stuff that have taken hours of my time to both write + jankily engineer feels a little bad but we'll see.

the game has certainly progressed, for better or for worse, over the past 1.5 years (even though i only really worked on it seriously for about 1/3 of that).

also, here are some stickers from it i want to make at some point. i think they look pretty cool: ●

one night last week when falling asleep on my friend's couch, who i was crashing with in san francisco during gdc, i actually thought of a meaning/context for the title, previously just chosen because it came to me, or i guess i thought it sounded cool/good. so this is some inspiration going forward and i think might lead to some good stuff. so i'll look forward to that, or whatever the universe throws at me in the process.

Crushed by a steel god

an (unfinished) story about the LAND